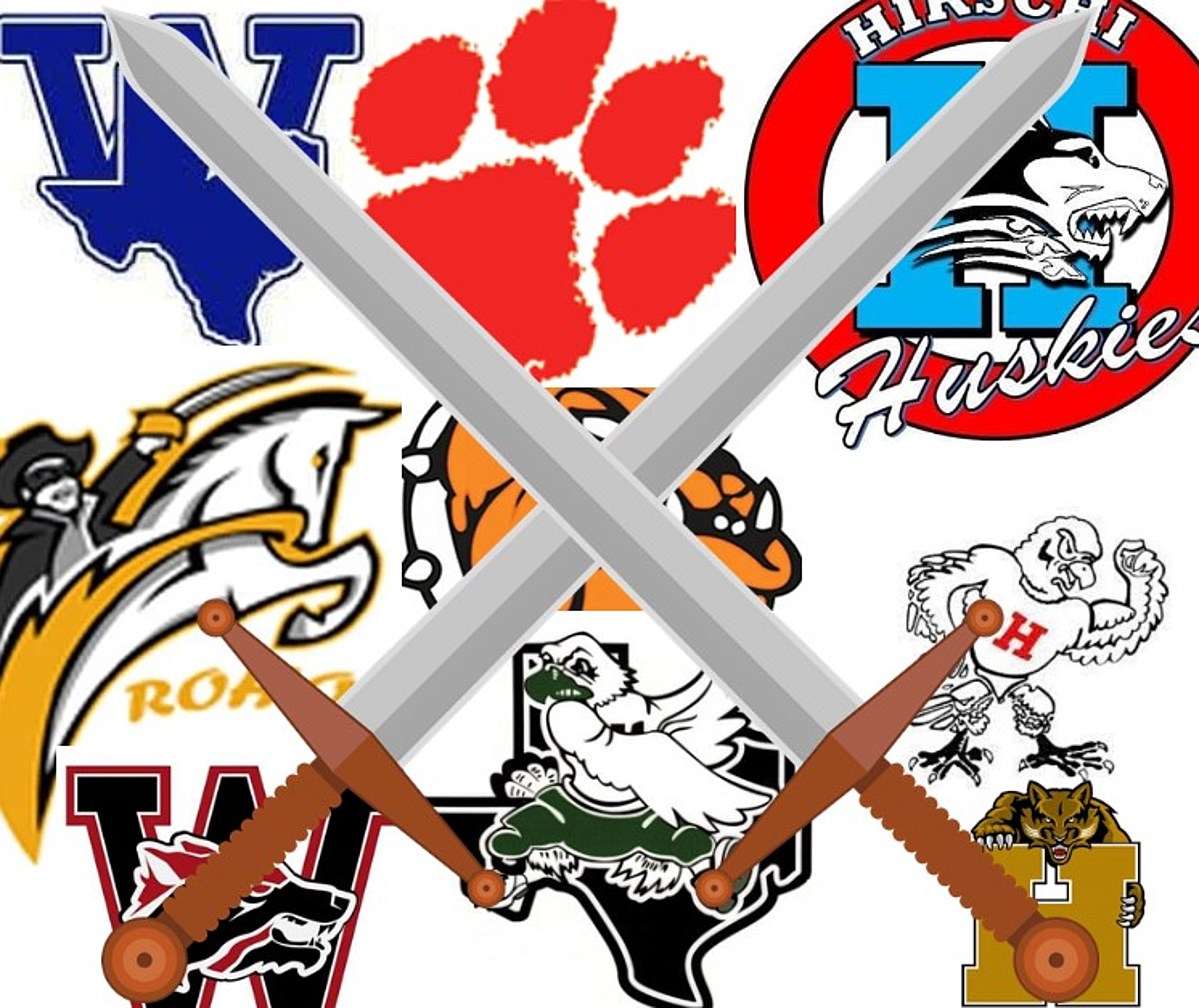 It’s a fight to the death, who you got.

I’m bored on a Friday and I always try to find something to talk about. My imagination got the better of me today, so we’re having a mascot death battle. That’s right, imagine it’s Mortal Kombat with your school mascot. Some mascots may seem more intimidating than others, but it’s time to shut up or shut up.

I think I had all the high schools in Wichita, Archer and Clay County. If I missed one, let me know and maybe I can add it at a later date. I think fourteen mascots are enough for a good old-fashioned WWF cage. The rules are simple, whatever the mascot has in the picture they can use. However, some of these logos don’t have much to do. Then we get into the story of the animal or the person itself.

By the way, some of these animals look cool, but in nature they are actually quite boring. Let me know what you think of the list and if maybe I should do college mascots next? Hey, I’m bored here at the station trying to give you content and the mascot death battle on a Friday is good in my book.

If you place all of Texoma’s pets against each other in a battle, who will win? I did a full breakdown of the science behind each logo this morning and we’re going from worst to first.

I only focus on the big four and I know my picks are going to piss off a LOT of people. I like weird shit and I think my taste in jerseys will show that.