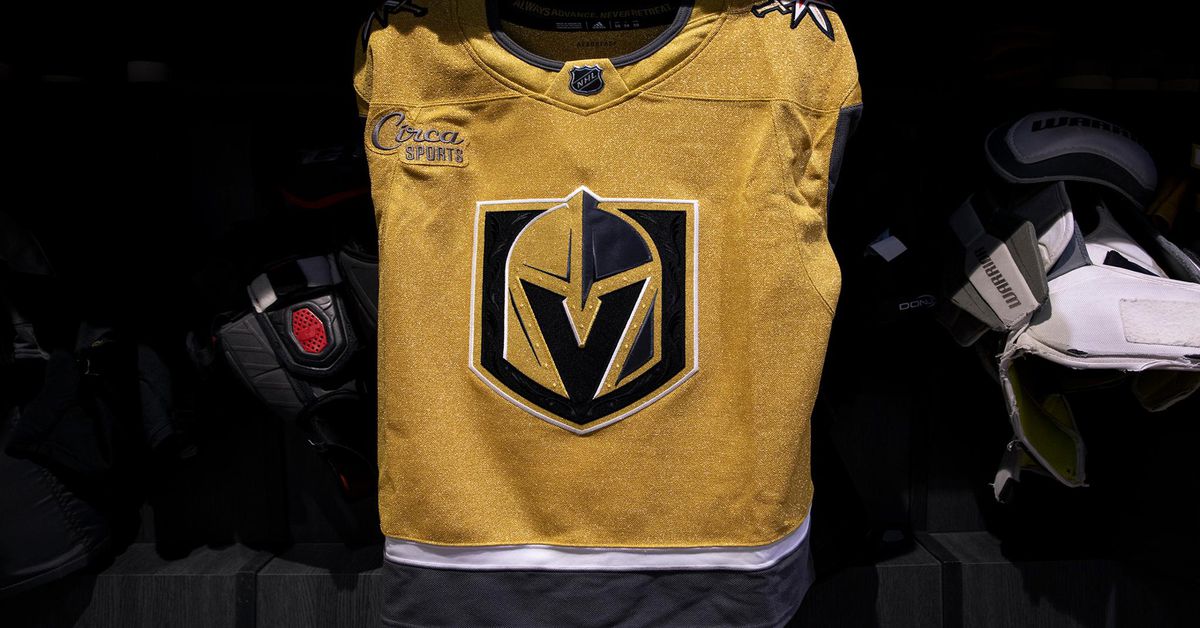 Jersey commercials are coming to the NHL next season, and today the Vegas Golden Knights announced they have their “jersey rights partner” for next year’s home jersey.

What does our main logo and @CircaSports have in common?

They will both be on our home jersey all next season!

We are proud to announce our first official partnership with Derek Stevens and the Circa Sports family! #VegasBorn pic.twitter.com/aK5wPewVQy

According to the team’s press release:

We are proud to continue our work with Circa Las Vegas through our first-ever jersey award partnership,” said Golden Knights President Kerry Bubolz. “Circa Las Vegas and the Vegas Golden Knights both recognize tradition within our historic community while contributing to the growth of our beloved sports and entertainment industry.

Here’s a look at what the jersey will look like via the Golden Knights.

Personally, I think the logo isn’t very prominent, and just like the ads on the helmets, it will become something fans get used to. Other sports have ads on their uniforms, and I really don’t notice them much on NBA jerseys or EPL kits. This is just my opinion, and I know others may have a different opinion about advertising appearing on iconic sweaters that have remained virtually the same in appearance for decades.

That said, what do you think of the sponsor and the logo? Is it something you think is intrusive? Would your opinion change depending on the jersey? Let us know in the comments section below.