The window for the Suns is right now 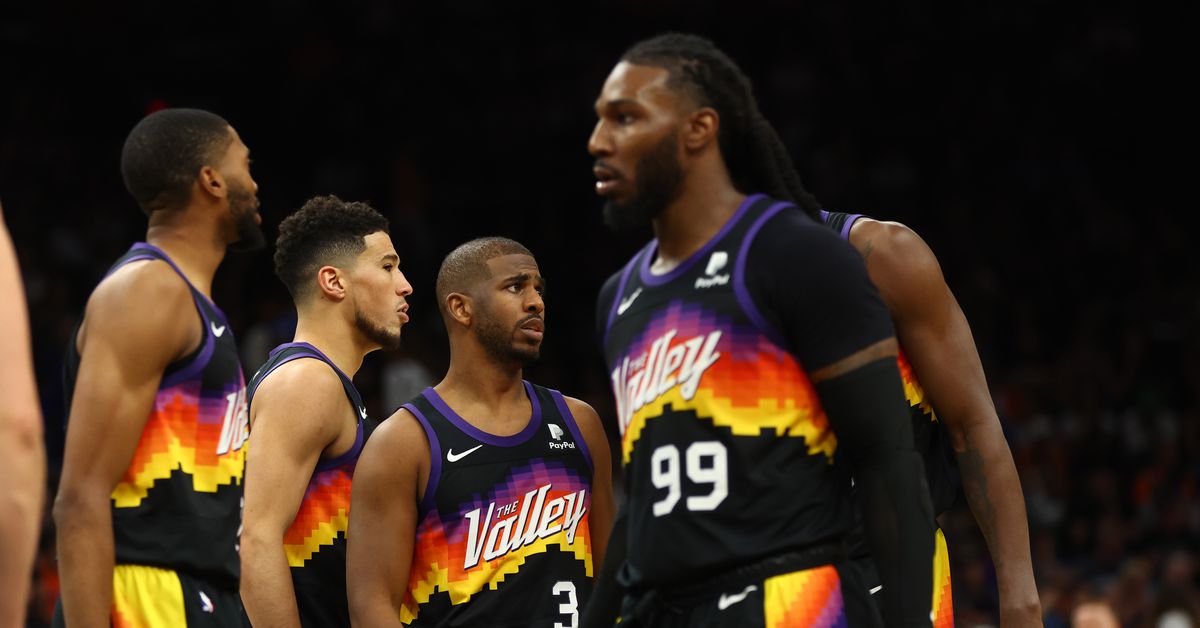 I know we are all thinking about Robert Sarver right now. And that’s very understandable. This is an important subject that affects our team and it should be considered and discussed. But we’re on the cusp of a new Phoenix Suns season, no matter how the ugly aftermath of the Sarver investigation unfolds. While we should be talking about Sarver, let’s also not forget why the Suns are here.

But you could also say that a team could be good enough to win and just fail. And that’s what I would say about the last two Phoenix Suns teams, which lost in the NBA Finals to the Milwaukee Bucks and then in the Western Conference Semifinals to the Dallas Mavericks.

And I would further say that this season’s Suns squad, with a few tweaks that GM James Jones shouldn’t have too much trouble making before the trade deadline, will also be pretty good. It’s been three straight seasons of legitimate contention for an NBA title, and it’s time for Suns fans to realize that the race won’t last forever. The Suns need to kick down that window NOW, before the steel shutters fall.

Let’s look beyond the Suns’ own history, as most Suns fans are familiar with previous legitimate iterations of the team, including Steve Nash-led teams from the 2000s and Barkley teams from the early 90s.

Plenty of other teams have been where the Suns are – with an exciting young core seemingly set up to struggle for four seasons five seasons – or even longer. But more often than not, these teams (especially middle-market ones like our Suns) have found their windows much more limited than the more optimistic projections. Let’s look, if you will, at a case study and what happened to derail a seemingly reliable competitor.

Full disclosure: As a young NBA fan, I loved the Orlando Magic of the early 1990s. Their exciting style of play, obvious fun on the court, and uniforms were on point. Other than the Sunbursts, these things might be my favorite NBA jerseys.

For those who have forgotten, or those under 35 who may only be dimly aware of this now distant history, the magic of the early 90s looked set to challenge the Eastern Conference crown for the foreseeable future. The 93/94 team was swept in the first round of the playoffs, but compiled a 50-win season led by 21-year-old Shaquille O’Neal and 22-year-old Anfernee “Penny” Hardaway. Of the Magic’s top five scorers that season, only one (Scott Skiles, 29) was over 26.

The following season, the Magic went 57-25 and reached the NBA Finals before falling to the Houston Rockets. And in 95/96 they went 60-22, without a single player over 30 among their top 5 scorers. However, they were swept out of the Eastern Conference Finals by the revival Michael Jordan Chicago Bulls.

The following season they were just a 47-win club and in 1998 they were a .500 team missing the playoffs. So what happened? Well, a few things that illustrate the pitfalls a team can fall into.

First, and most infamous…they lost Shaq. The team made the ill-advised decision to underestimate their future free agent Hall of Fame center, even though they could have gone over the cap to sign him and there was no tax penalty. luxury at that time. Fans often retroactively assume that Shaq landed in Los Angeles because the Lakers could pay him the most, but that’s not the truth…the Magic could have paid him anything he wanted, there had no maximum salary at the time, either.

O’Neal also reportedly suffered a falling out with the front office and Hardaway, and it all ultimately led to him joining the Lakers and anchoring a three-round championship run in Los Angeles.

Second, Hardaway, one of the most gifted young point guards in the game, broke down. He missed 23 games in 1997 and almost the entire season in 1998. Although he had some great spells as a member of our Suns a few years later, he was never quite himself after 1997. Unable to attract top free agent talent for Orlando, the Magic would not go beyond the first round of the playoffs again until 2008.

What can we learn from this? The Magic fell victim to questionable decision-making from the top, big egos on the field, and the tragic physical disintegration of a star player just in his prime. We’ve seen the Suns struggle with it all over the past two years, except for injury … but unfortunately we know it can strike at any time.

There are a few differences between the situations that are worth noting. First, the Suns have most of their top young stars, Devin Booker, Deandre Ayton and Mikal Bridges, under contract for multiple seasons each and they’re in no immediate danger of simply leaving, like Shaq did in Orlando.

But times have also changed since the halcyon days of Shaq, with star players now much more in control of their own destiny and able (in some cases, anyway) to essentially dictate their future despite their contractual status binding them to their current clubs. . Mismanagement from above therefore still poses a serious risk to the Suns.

Perhaps this deserves even more intense thought given the current situation with Robert Sarver. It’s not hard to imagine feelings fraying between the players and this franchise right now, and it remains crucial that everyone operating the Suns fights to prevent that from happening.

Injuries, as stated earlier, can strike any player at any time. I hesitate to even type this, but a serious injury to Devin Booker or Deandre Ayton could easily derail a Suns season, even in a world where the team has effectively replaced Chris Paul.

The Suns need to take advantage of that now. This season. No half measures, no going over the fence, no carrying over to future seasons where “Ayton will have improved more” or “Bridges will be able to create more shots”. If it takes a draft pick to make a key acquisition, I say do it. If it’s time to lose a beloved secondary contributor, I say do it. Live for today, Suns fans.

Because if there’s anything these Magic teams that I’ve really loved (and many more that we could name, given the endless time and space to do so) have taught me, it’s is that the ride can end terribly suddenly. Let’s make sure it’s the best we can get, while it lasts.