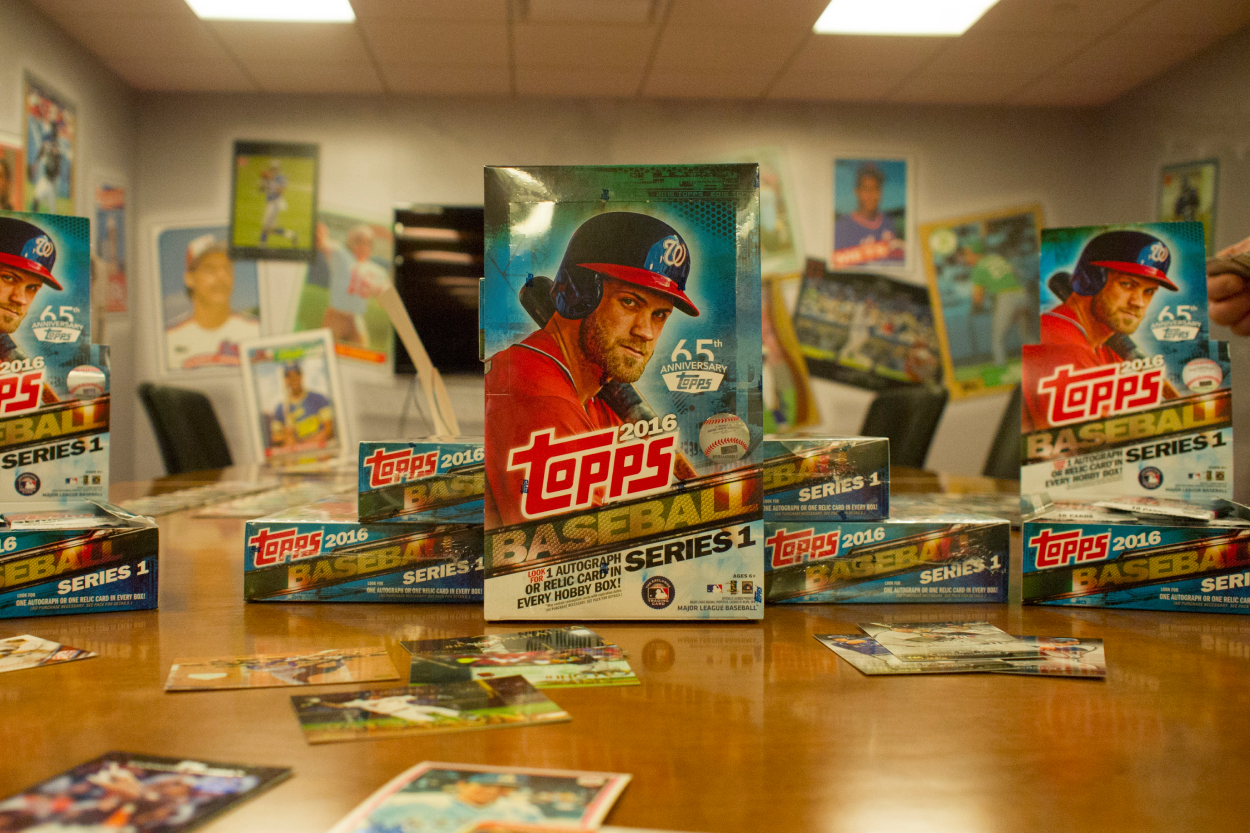 Autograph and sports card collectors are all too familiar with the counterfeits that exist in the hobby. There are fake autographs and reprinted cards that always seem to make their way onto the sports memorabilia scene. Having an autograph authenticated by companies such as JSA, PSA or Beckett gives the collector some peace of mind.

Another way to feel secure about the authenticity of an autographed card is to obtain one directly from the issuing company itself. Or so we thought. Topps may have just changed that.

The sports card hobby has changed drastically over the years

People don’t mind spending hundreds of dollars to experience pulling an autographed card out of a pack. Now this newly drawn card must immediately make its way into a penny pouch and then into a top loader for protection. Next, the centering and corners must be reviewed so that the cards can be sent for grading.

Autographed cards are now helping to energize the market. They are also the ones who drive up the price. Rookie cards are still fun to draw, but they’re not as fun to draw as an autographed rookie card, especially a low-numbered card that also contains a sample of the player’s jersey.

The Topps company recently had an accident that should have collectors questioning the authenticity of the autographs.

The Topps Company has been in the card business for over 70 years. While there have been some well-known “error” cards during this time, their recent error could prove costly for the sports card industry. The Topps Definitive 2022 series, a product that Sports card radio says goes for $2,000 a box, has double autograph cards from Tampa Bay Rays players Randy Arozarena and Austin Meadows who appear to be imposters.

Topps admitted the error in a statement released Friday.

“Topps has been made aware of questions regarding the authenticity of the 2022 Topps Baseball Definitive Double Autograph of Austin Meadows and Randy Arozarena, and we believe the autographs are not of the players depicted.

“While these types of issues are extremely rare, we take this very seriously and will work with customers who hold this card to remedy the situation. To that end, each customer who has received this card will receive a full replacement box of 2022 Definitive Baseball and a replacement card (or card of equal value).

My first question is what would be the equal value of a fake double autograph card? Does that mean everyone gets a Felix Fermin rookie card as a replacement? My second question would be how did these cards end up in the packs? I’ll add a third – how do we know there aren’t more fake autographs?

Collectors already have too much to worry about when it comes to authenticity. Those “game-worn” jersey cards you find in packs have now become “event-worn” items. Many of these jerseys were not worn during a game, but may have been worn on draft night for a short photo shoot and then quickly removed.