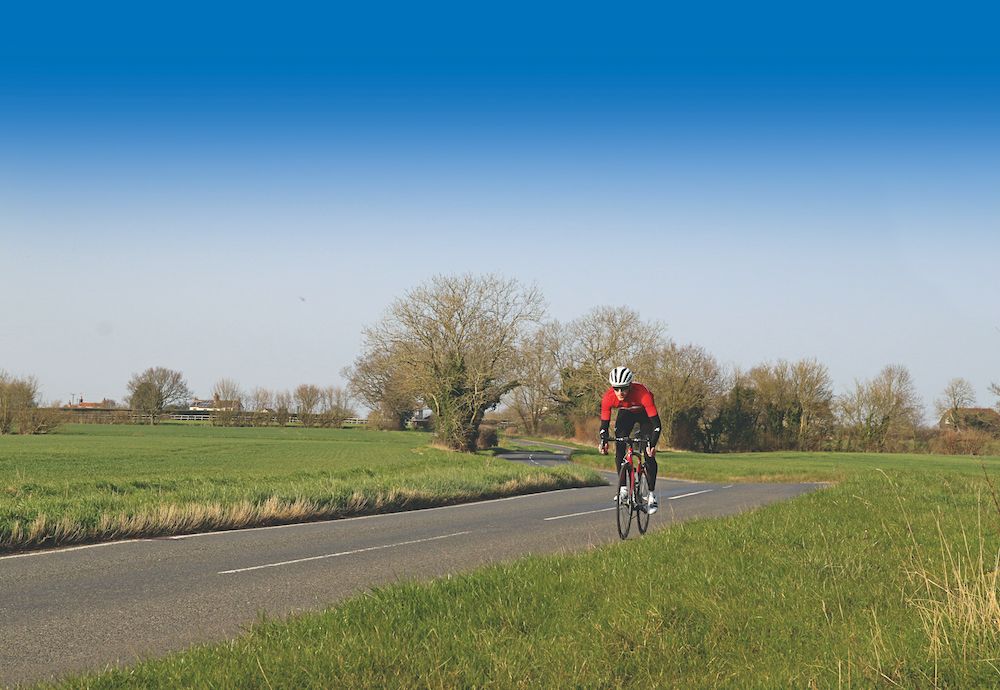 No matter where you are in the world, there’s something special about riding on closed roads. All the greatest sportsmen offer this experience, from the Stage of the Tour in the French mountains, to the Stage Caledonia tour of Loch Tummel in the heart of Scotland. The chance to ride in these amazing places, on closed roads, is a must-do ride for any budding cyclist.

Will the roads of Essex put RideLondon back in the pantheon of major events? A county not known for rolling hills, cycling folklore or stunning scenery, but rather boyish racers in hot hatches. Can it host an inspiring horse day for 25,000 people this summer?

Originally staged in 2013 as an Olympic event, the RideLondon weekend hosted a men’s WorldTour road race, women’s review, family-oriented Freecycle and of course the sportswoman which saw cyclists enjoy closed roads to the Surrey Hills and back. Surrey Council have decided to withdraw their support in 2020, so Surrey’s loss is now Essex’s gain.

As if to help with the transition out of the old pre-pandemic format, organizers of the London Marathon events have dreamed up a whole new course – not to mention a new race schedule for the duration of the weekend. Even the places of departure and arrival of the athletes have been moved from the Olympic Park and the shopping center to the Embankment and the Tower Bridge.

The start line will be drawn in May outside Somerset House, with the start paddocks running down the embankment and into Trafalgar Square. From here the road heads east to Docklands, north to Stratford Olympic Park, then onto the A12 and into Essex and the countryside.

The loop, which looks like a figure eight but is actually more like a ball on a string pinched in the middle, meets at Woodford and retraces its steps towards London and the finish under the first arch of Tower Bridge.

It doesn’t scream ‘a must-do classic day on the bike’, but a real relief to put the event back on the calendar, and the fact that we always enjoy a day on closed roads no matter where it is meant that we need to get out there and ride it before the big day to let you know what’s to come.

Although you are likely to find yourself in large groups throughout the day, keep in mind that the group you are in may not be a group at all, just a large number of individual cyclists who found themselves in a group due to the large number of people on the road. If so, the group you’re in may fall apart as faster riders ride ahead, others sit to wait for friends, or people don’t like speed, so go up the road or back off. .

In previous RideLondon’s I’ve found myself in the middle of a large group, riding well, only to look up the next minute and realize I’m basically on my own. Keep an eye on this dynamic, even though it may surprise you. One way to avoid this is to look for groups of clubs wearing matching shirts. If you see 20 riders together in the same club kit, it is safe to assume that they are riding together, and the group that has formed around them should then stay together.

In previous years the club riders had gone in earlier waves and the level of group riding was better in the earlier groups with more cohesion than those further back. Beware of the effort required to climb up to a group in front of you. They may look close, but if they’re traveling at 25 mph, you’ll have to go 27 or 28 mph on your own to catch them. Repeatedly doing this can really wear you out, which means the groups you left early on overtake you later in the ride, as your legs pay for the effort you put in.

As the A12 was not accessible to cyclists on a normal day, and many roads in east London before this were just not fun to ride with traffic, we started our ride in Epping Forest , just outside Chingford. This is where the maps start to turn green as the sprawl of North London suburbs suddenly frees you up in the countryside.

A quick look at the road profile shows a fairly wild climb just before the town of Epping to the highest point of the road at around 400ft. The fact that there has been absolutely no discernible climb up to this point tells you all you need to know. It is a flat course. And one that takes place largely on wide main roads.

Route manager Kevin Nash walked us through the planning. “It’s a balance between competing demands,” he explained. We need to keep London and Essex moving, so we need to talk to the road authorities and get advice from the emergency services. There is a whole range of actors. »

“As the organizer of the event, we have the requirements of the cyclist, in terms of safety, and the attractiveness of the route: it has to be a viable cycle route and as pleasant as possible. And a lot of our riders are new riders, charity riders etc., we wanted to make it as inclusive as possible. It’s not designed to be a mountainous challenge.

That’s not an understatement. There’s no uphill on the course, but don’t be lulled into a false sense of security. 102 miles is still a big day, and some of the roads back to London are gently undulating. Easy with fresh legs, but if you’ve been riding in a fast group for 60 miles, fatigue may creep in.

Chelmer CC Club Captain Matthew Cooke told us a bit about riding in the area. “I think what will surprise people as we go are the short little inclines.

This kind of course will surprise you if you have tired legs. And that’s how riding in Essex can be, because you’re going at such a pace that you’ll suddenly feel it and think ‘I thought that was supposed to be flat.’ It’s a very common thing.

This was certainly the case during our preview ride. Leaving Epping Forest, we were quickly up to a pace, riding just under 20mph. The roads were generally in good condition and it wasn’t difficult to maintain a good speed, and that was with the two of us.

With 25,000 cyclists ready to go, that’s about 30 to 50 miles of road space taken up by cyclists, with about 100 passing through a particular point on the route every minute. This means that large groups of riders will form, giving plenty of wheels to sit on, and therefore, within the first hour or two, going over 20mph. The fastest runners starting at the front are likely to be done in less than four hours.

We kept our average speed nice and consistent until Great Dunmow as we passed through open farmland interspersed with a few small towns and new housing estates. Truth be told, once you leave Epping at the top of the forest, there are few landmarks to check off and keep a mental record of your progress. North Weald airfield (home to a working Spitfire) is easy to miss and you’re in and out of towns like Chipping Ongar and Leaden Roding before you’ve even noticed them.

Once you turn and head south there are a few smaller roads, but with miles and miles of farmland it becomes quite difficult to recall them. It is a pity that the route could not use part of the area above Great Dunmow as this area which extends to Cambridge in the west and Bury St Edmunds in the east is, according to Cooke, a treasure trove of quiet country lanes where you can drive for hours and barely see a car.

The requirement to move 25,000 passengers along a route in a timely manner (and to maintain emergency vehicle access and keep passengers moving even in the event of a serious incident) meant that Nash wanted to stick to the bigger roads where he could.

There have been incidents on Surrey Road which have blocked roads and kept runners waiting for hours which can be dangerous in bad weather.

The roads after Chelmsford tick this box and as we found ourselves navigating them in the pouring rain with darkening skies at rush hour we hope the day will be blessed with sunshine and a moving group rapidly. It was on the roads after Chipping Ongar that Cooke’s words rang in my ears.

Partly due to plummeting temperatures and soggy kit, the little road climbs were really starting to bite and our progress slowed significantly. When the cold became too much to continue safely, we abandoned the ride and took a lift the last few miles to our car with our photographer.

While better weather and an endless supply of wheels to sit on will make the day quicker and perhaps a bit easier, it’s a route that might surprise you, so despite the lack of hills, it must still be treated with respect.

A classic ride? Maybe not. But a fun day on fast roads that feels like you and your buddies own them? Definitively.

This feature originally appeared in Cycling Weekly magazine. If you want to read more great riding features, get in-depth news analysis, product reviews, and expert fitness tips, you can subscribe to the magazine, save on the cover price, and do it. deliver weekly.