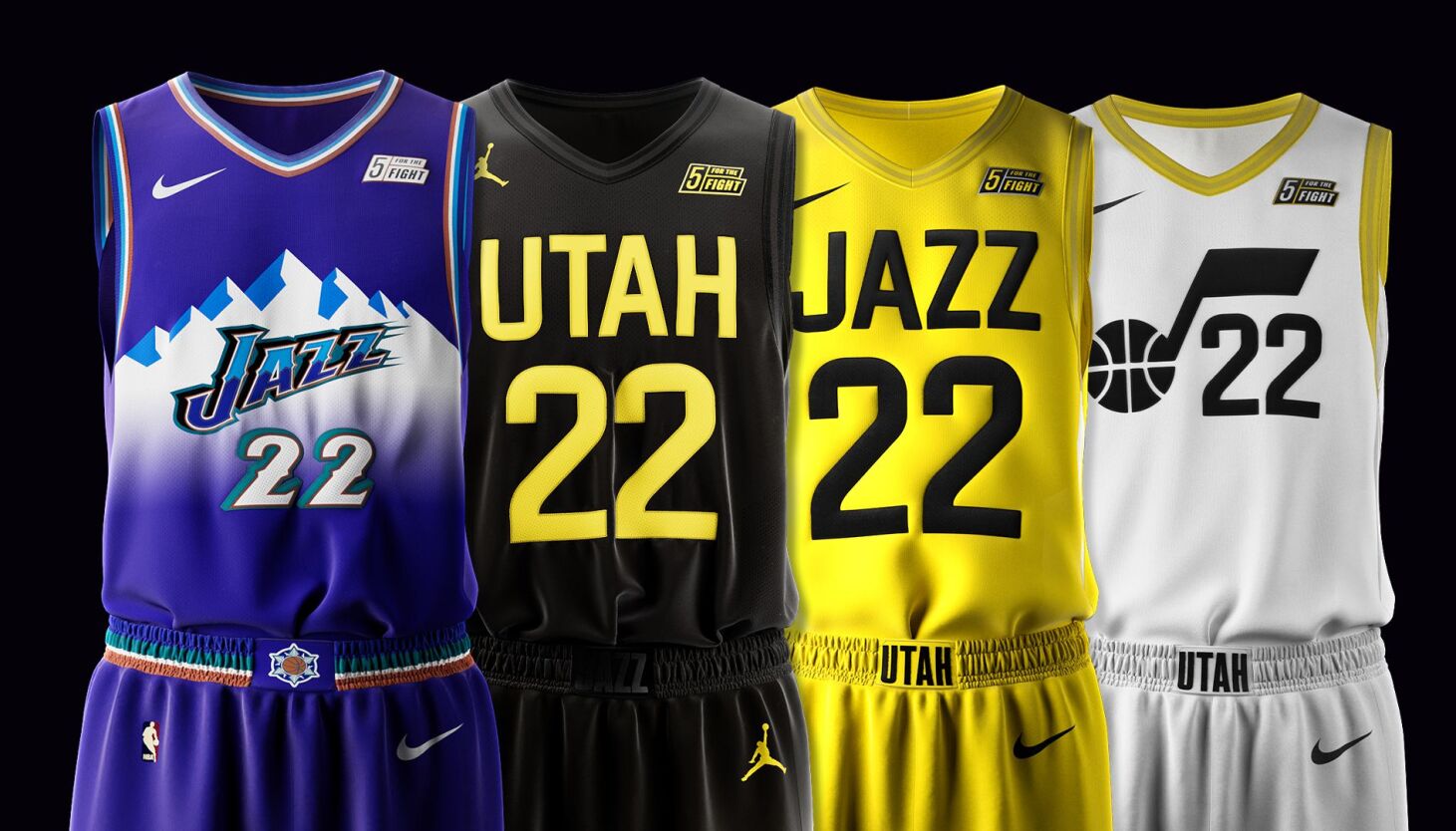 They are an easy target.

“Which is worse, the possibility of the Jazz going into a lengthy rebuild or those new jerseys?” ESPN’s Brian Windhorst asked in June on the “Hoop Collective” podcast.

Reporter Tim MacMahon then chimed in with a quip about the uniforms worn by his stepsons’ fourth-year summer league team. He described them as cheap bright yellow mesh jerseys with black numbers.

“I call them the Junior Jazz,” MacMahon said.

The Jazz unveiled their kits for 2022-23 on June 17. The regular season is just over a month away, and with the team now in full rebuild mode and more losses on the horizon, we should have enough airtime and social media. space to discuss these uniforms.

From my observation, most people agree with Windhorst and MacMahon. I do not know. I really like the simplicity of the Jazz’s new look.

What baffles me, however, is the full embrace of the worst uniform in Jazz franchise history.

Somehow, amid all the angst over the rebranding to black and yellow, the purple mountain jersey has become ‘classic’.

It is anything but.

Yes, John Stockton “sent the Utah Jazz to the NBA Finals” in those uniforms. And the recommitment to purple — from a historical and brand perspective — makes sense.

But the mountain logo/uniform combo introduced in 1996 is the product of a particularly bad era of NBA rebranding – and a cookie cutter at that.

The bad NBA branding changes of the 1990s

A lot of things got worse in the 90s. That includes pro wrestling, MTV, and plenty of NBA jerseys and logos. Too many teams have launched unfortunate brand changes, ditching truly classic looks for overbearing logos and loud – or weird – color combinations.

In 1993, the Milwaukee dollars opted for a realistic, muscular deer and added some purple. The Atlanta Hawks also went for realism with their 1995 logo that spanned some particularly bad uniforms.

The Houston Rockets went the other way, going completely to Toon Town in possibly the worst rebranding of the decade. (It hurts to see Hakeem Olajuwon in these.)

But there are four logos in particular that have always seemed to me to come from the same store.

In 1994, denver nuggets moved away from the rainbow horizon and adopted a more subdued blue, red and gold logo. The following year, the Seattle Supersonics also opted for more muted colors, inexplicably adding red and introducing a logo with a Denver-like feel.

In 1996, the Utah Jazz and Detroit Pistons rolled out two surprisingly similar logos with an insane number of colors.

Jazz ditched the musical note and went with purple…and white…and light blue…and teal…and copper. The Pistons ditched the classic red and blue color scheme and simple logo for a teal, chrome and flame logo placed on a basketball.

I don’t design logos for a living, and I can’t identify any artistic principle that supports this criticism, but these four teams all rolled out the same logo in the mid-1990s.

Like the Jazz, the Pistons have made their “classic” uniform from the mid 1990s part of the rotation in 2022. ESPN’s Mike Wilbon said it best.

“With apologies to my friend Grant Hill, those uniforms stank,” Wilbon said on “Pardon the Interruption.” “The Pistons are red and blue. … Get that teal horse thing out of here.

It’s worth noting that most teams that changed names in the 1990s either reverted to some version of their previous look or at least simplified things a bit.

If the 1970s and 1980s were the decades of bad sports arenas, then the 1990s should be known as the decade of bad NBA uniforms. Fortunately, franchises and cities have started building beautiful baseball and football stadiums, and NBA logos and uniforms have improved a lot, except for the Mavericks and Cavaliers.

As for the Jazz, the purple uniforms of the mountain dwellers are a good memory, even if they are not good. They are great for casual throwback play. But they are not “classic”.

The Jazz recommitted to purple going forward. Who knows what will become of the simple yellow and black look? I hope it sticks in some way, but regardless, the purple jerseys the Jazz will be wearing in 2023-24 are really, really good — especially the old-school musical note jersey.

This one looks “classic”. No copper. No teal. That would have suited Pete Maravich well.