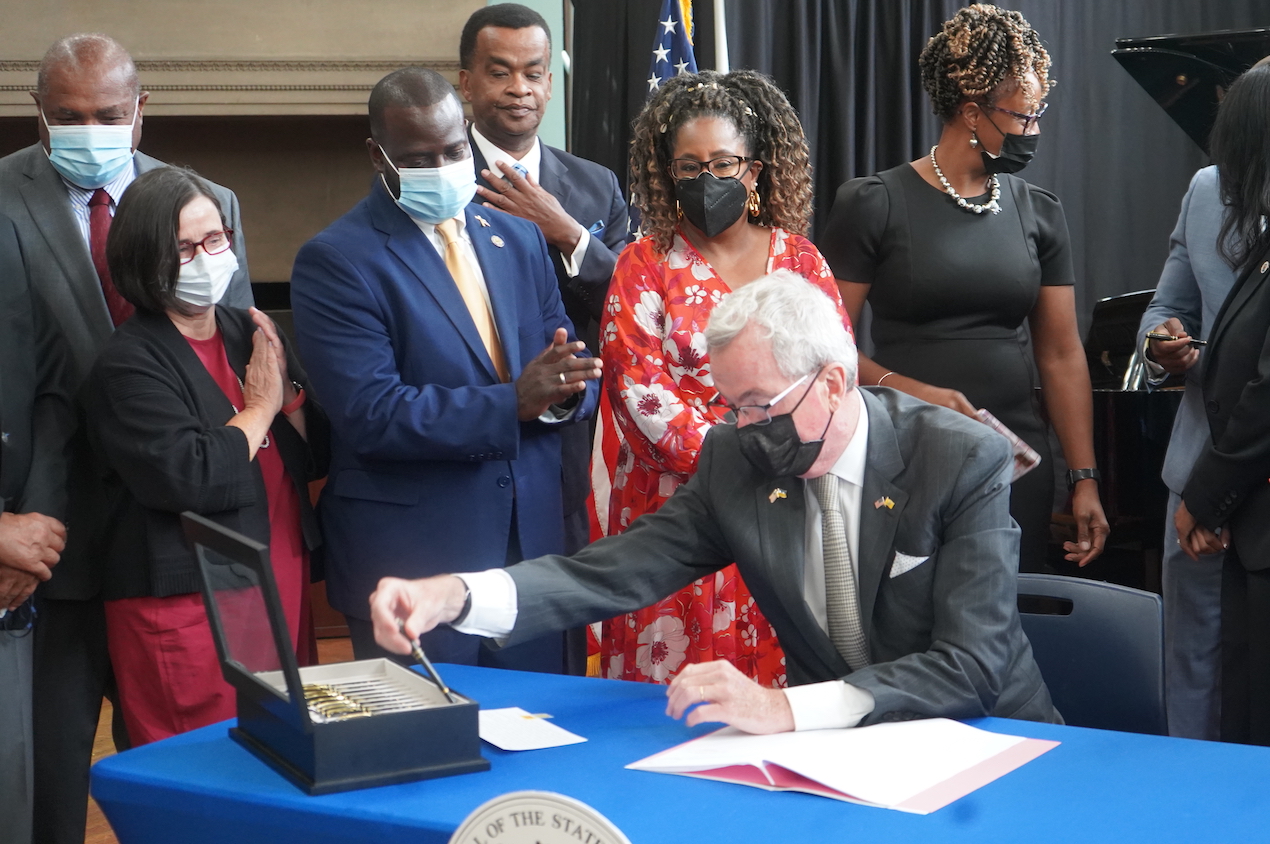 “I think this is a tremendous opportunity for us to shine a light on the contributions and struggles that African Americans have faced in the amazing state of New Jersey. Outside of the two migrations from South to North, any the fight for freedom,” Baraka said. “The abolitionist movement here, Harriet Tubman being in Newark, Frederick Douglass being in Newark, the black hospital where my father [the late renowned poet Amiri Baraka] was born.”

Some black leaders have called on the state to establish a reparations task force to study the root causes of systemic racism in New Jersey and come up with meaningful solutions.

McClellan said he was unaware of a reparations task force bill recently introduced by Sumter, but was open to discussion.

Last year, Governor Murphy established the Office of Diversity, Equity, Inclusion and Belonging, appointing Newark native Jayne Johnson as director. In 2021, Murphy also launched the Wealth Disparity Task Force to advise his administration on strategies to address the various causes and effects of wealth disparity in the state.

Some advocacy groups like the New Jersey Institute for Social Justice have also called on Murphy to publicly support the reparations task force.

“I personally believe that the Wealth Disparity Task Force is exactly where it should be,” Murphy told WHYY News after his signing event. ” It is a work in progress. It’s clearly focused on Black Americans, no doubt, but it’s also focused on Hispanic and other communities that are suffering in terms of wealth disparity.

“The disparities are staggering. Usually the main reason is home ownership… I don’t know if I have a magic wand or a quick answer. But the task force is a very good group of people. It’s true. They come together and they deliberate, and I’m proud of that,” Murphy said.

Murphy’s Wealth Disparity Task recently hosted virtual meetings where the public can provide input. The next meeting is scheduled for Wednesday at 6 p.m.