Neal: It’s the most Minnesota weekend ever in the Baseball Hall of Fame 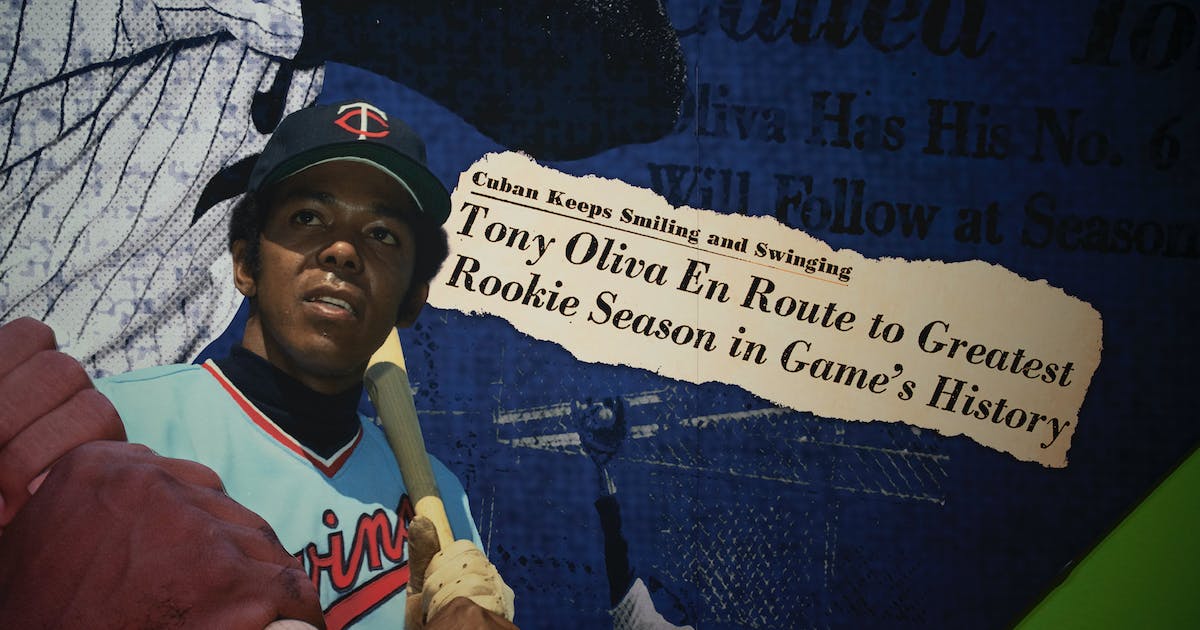 COOPERSTOWN, NY – A Hall of Fame class, mostly from Minnesota, will perform Sunday on a field near the Clark Sports Center, with lush expanses of green grass and trees forming a backdrop worthy of a Rockwell painting.

This is where the long wait for Tony Oliva and Jim Kaat to enter the Hall of Fame will end. It will be there that Bud Fowler, Minnie Minoso and Buck O’Neill will receive the recognition they deserved during their lifetime. This will be where Twins and Red Sox fans will form an unholy alliance as they join forces to cheer on David Ortiz’s plaque unveiled among the sport’s other titans.

The East Coast muscle here is real, as thousands of Red Sox fans have used their proximity advantage to drive to Cooperstown. Twins fans have already mumbled about the lopsided availability of Boston memorabilia versus Twins gear.

But the Red Sox won’t be able to match the Twins this week in numbers of players who represent various checkpoints in local baseball history — it’s Twins history as well as state baseball history.

“This is the most twin-centric class we’ve had in the Hall of Fame,” Twins president Dave St. Peter said.

Prior to that year’s class, the Class of 2001 was considered the most pro-Minnesota group. That class included Kirby Puckett and Dave Winfield, one a longtime Chicago Twins star, the other a St. Paul youth legend who played two of his last three seasons at Minnesota. And there was also Hilton Smith, a longtime Negro League great who went by the name “Satch’s Shadow,” because he was just as good as the great Satchel Paige but was overshadowed by him. Towards the end of Smith’s career, he spent a year playing for the Fulda Giants.

Fowler is this year’s tie to Minnesota baseball of yesteryear. He is considered a pioneer of black baseball who played for various teams, despite not being a barber. He spent 1884 playing with an unsuccessful club at Stillwater. Winfield will deliver Fowler’s induction speech on Sunday.

Oliva, Kaat and Ortiz have been part of the ties that bound the Twins together from their early years in the 1960s to the threat of contraction in 2001, to the start of their AL Central dominance in 2002 and, perhaps, will form a bridge in front of a certain receiver. becomes eligible for the 2024 ballot.

Boston fans wearing Ortiz’s No. 34 jerseys swarmed Main Street in Cooperstown on Saturday, as they should. Ortiz hit 58 home runs over six seasons with the Twins and had a more than respectable .809 on base plus slugging percentage. But then came the big exit of 2002, when the Twins parted ways with Ortiz before he was finally signed by the Red Sox.

With Boston, he became a colossus, hitting 483 home runs with a .956 OPS and defusing any disputes between voters who had trouble backing a designated hitter.

As Red Sox fans reveled on Saturday, a group of Twins fans, including St. Paul’s Julian Loscalzo. watched and reminded a few Boston fans of the Twins’ role in Big Papi’s rampage.

“We proudly note how we helped them by letting Ortiz go,” said Loscalzo, who operates Ballpark Tours and has a band in town for the event. “We usually get a nod of appreciation.”

Ortiz met the media on Saturday and expressed how happy he was for Kaat and how thrilled he was to have Oliva in.

“Tony was always there with us, telling us what to do,” Ortiz said. “He always wanted the best for us. So it’s amazing. I’m very surprised, you know, that I’m entering the Hall of Fame on the exact same day as Tony and Mr. Jim Kaat [are].

“We had a great time over dinner, talking and remembering things. And also talking about Kirby, who was a great mentor to me.”

Kaat is an original twin on the 1961 team that saw Oliva go from missing balls in the outfield to winning a Gold Glove. Kaat saw Oliva become one of the league’s most feared punchers. Kaat pitched on the 1965 team that reached the World Series.

Kaat has witnessed the ups and downs of the franchise. Including the contraction scare in 2001 after the Twins were candidates to move to North Carolina. The Twins avoided contraction and relocation, and in 2002 won the first of six division titles over a nine-year span.

When it didn’t look like Oliva or Kaat would ever find themselves in the Hall of Fame, the Golden Days Era committee came along. Now, not only are fans rejoicing this weekend, but Twins Territory could also be another day in Cooperstown when Joe Mauer appears on the writers’ ballot for the first time, in 2024.

“I’m really glad the Twins haven’t lost their franchise,” Kaat said, “and I can come in as a Twin.”

As the hours pass until the induction ceremony begins, Kaat pretends to be back at the clubhouse, preparing for his upcoming departure.

“That day and night before I started, in particular, was important,” the southpaw said. “It’s usually the one you don’t get as much sleep for. So I try to use the experience I have as a player and slow things down and not get too worked up.”

A slightly hoarse sportswriter was watching an exhibit at the Otesaga Hotel Friday night when someone with a thick accent snuck up behind him and barked, “Are you ready to boogie!”

Oliva, Mr. Twin, flashed a broad smile while sporting a party shirt and he headed to the hotel lounge to meet his family. Oliva basks in the glow created by the long-awaited induction into The Hall. Her brother, Juan Carlos – who was able to get a visa to travel from Cuba to be with his brother for the event – laughed with his big brother as they talked.

It took 45 years for Oliva to arrive in Cooperstown. Rod Carew lobbied for Oliva’s induction into committee meetings and stumped for Oliva on Twitter. Maybe it worked.

“I tell everyone I was his babysitter when he came to the big leagues,” Oliva said of Carew, “because he was so young.”

Now, Oliva and Kaat will join Carew, Harmon Killebrew and Bert Blyleven as members of the 1970 Twins team to achieve the Hall of Fame.

Of all the inductions on what will be a Made-for-Minnesota day, Oliva’s is likely to be the most emotional. And he’ll never forget the length of the trip to Cooperstown.

“We were on the bus [Friday]said Paul Molitor, another great Hall of Fame Saint Paul. “Someone asked Tony how long his speech was.

“Tony said, ‘Forty-five minutes. One minute for every year, they make me wait.”