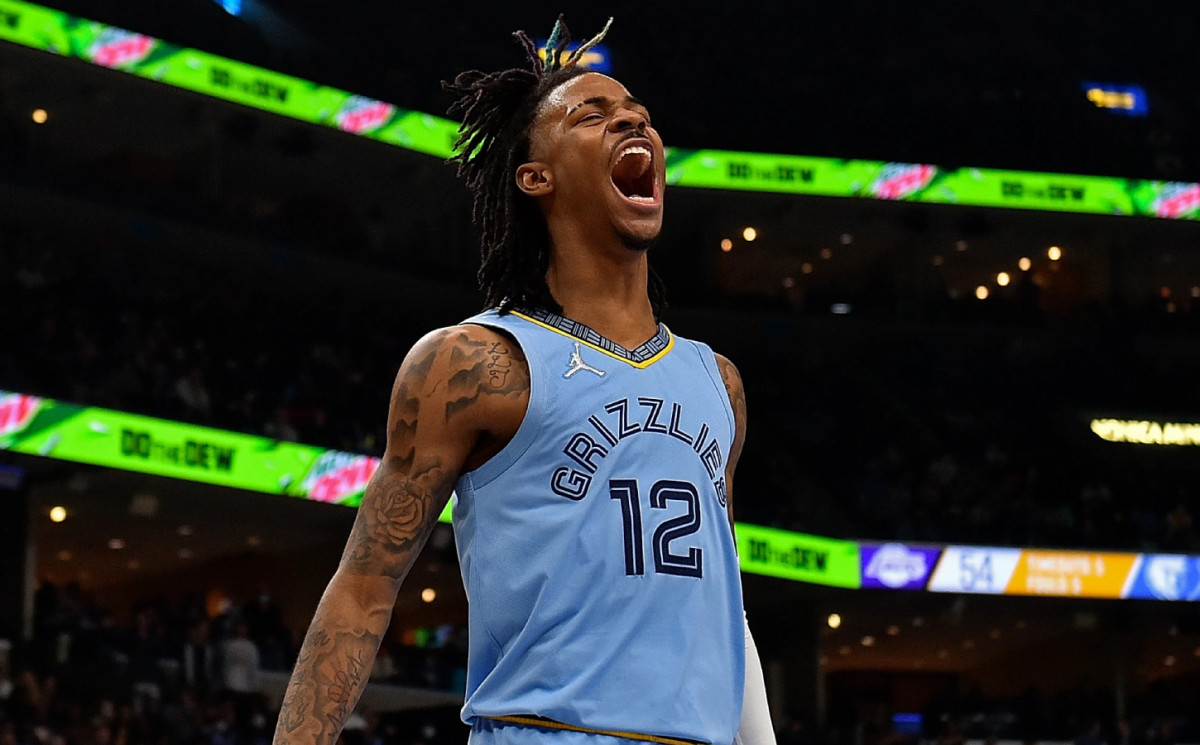 Memphis Grizzlies All-Star guard Ja Morant was the final guest on The Pivot along with Ryan Clark, Fred Taylor and Channing Crowder. Towards the end of the interview, Ja was asked about wanting to have his jersey in the rafters. a

Morant wants to join Michael Jordan, Kobe Bryant, Kareem Abdul-Jabbar, Wilt Chamberlain, Clyde Drexler, Bill Russell, Julius Erving, Bob Lanier, Moses Malone and Oscar Robertson to name a few, who have had their jerseys retired by more than one team in the NBA.

Morant also said he would cook Michael Jordan one on one. His father explained that he meant on the attacking side of the ball.

“We are talking on the other side. When Ja is on offense, Ja thinks no one can stop him one-on-one, and I loved that. No one can take care of this boy on the island,” said Tee Morant.