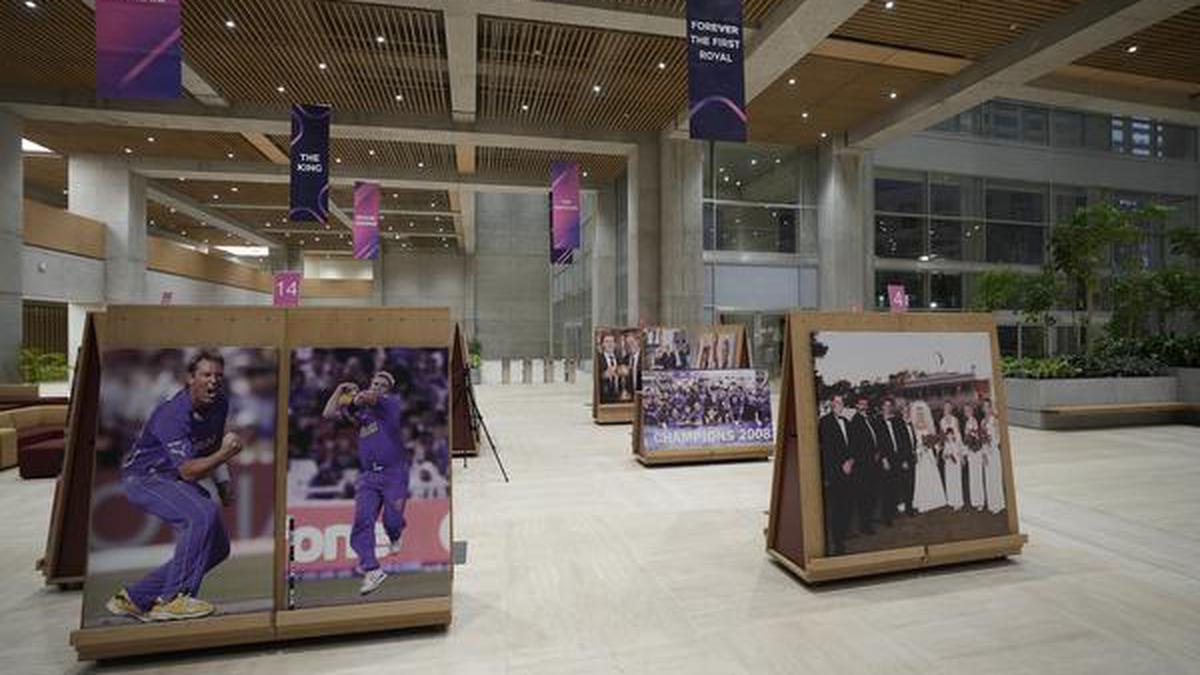 At DY Patil Stadium, 14 years ago, the Rajasthan Royals made history by winning their first and only Indian Premier League title, under manager Shane Warne.

And to honor the Australian legend, who died in Thailand in March, the Rajasthan Royals have installed a tribute gallery at DY Patil Stadium.

A special Warne mural greets fans as they enter the stadium and to pay tribute to its ‘first Royal’, the franchise also dedicated its league game against Mumbai Indians to the legend. While Rajasthan Royals players wore shirts with the initials “SW23” on the lead collar, coaches and support staff wore special shirts with “Warne 23” on the back. The franchise also offered a short film, chronicling Warne’s journey with the team and the program was attended by Warne’s younger brother, Jason.

After being associated with the team as captain-mentor until 2011, Warne has been involved with Royals as a mentor and brand ambassador until IPL 2020.

The team’s England striker, Jos Buttler, said: “I think the belief that he could instill in others was the most important thing I took away. He made you feel 10 feet tall when you were around him…”

The Rajasthan team haven’t won an IPL title since 2008, and this time the team wants to win it for Warne.

The Misfortunes of Wankhede

Wankhede Stadium would typically host around eight to nine IPL games per season. But with the entire group part of the tournament taking place in Mumbai and Pune, the iconic Wankhede Stadium has been allocated 20 matches. A few matches were also postponed in Mumbai from Pune after the COVID-19 scare hit the Delhi Capitals camp.

Garware Club House Vice President Raj Purohit has written to the Maharashtra Cricket Association, saying the cricket association should consider it summer vacation, and children and club members have hard to access facilities due to too many restrictions due to IPL. “There are numerous restrictions imposed by the police on the entry of members and other bona fide visitors/vendors into the Club House,” Purohit wrote. Attendance has dropped considerably resulting in financial losses for the Club.

A change of location, however, seems highly unlikely.

You never get bored in Mumbai

Bombay/Bambai/Mumbai. The city of many dreams also has many names.

However, the Journal’s dream of watching a live cricket match in the Indian cricket mecca almost turned into a nightmare. It took many calls to many people to finally live the dream.

The Diary were staying in a quaint little spot next to the iconic Wankhede Stadium and the even older CCI-Brabourne Stadium was just minutes away.

However, with only 24 hours remaining for the match, there was no sight of the newspaper’s IPL media accreditation and a friendly ICC official said it could be 150km away in Pune.

Frantic texts and calls followed; the request number has been shared with the BCCI media coordinator. After a few hours of radio silence and a few unanswered calls, there was a cryptic message – “Call him” and a shared contact.

The anonymous man said to him: “Let me see. Give me five minutes.

His call finally brought good news. “Meet me at Gate No. 2 in Wankhede. I’ll hand you your accreditation (sic).”

Accreditation collected, the Journal and the henceforth known to him returned to the same hotel.