How the world of sport is celebrating 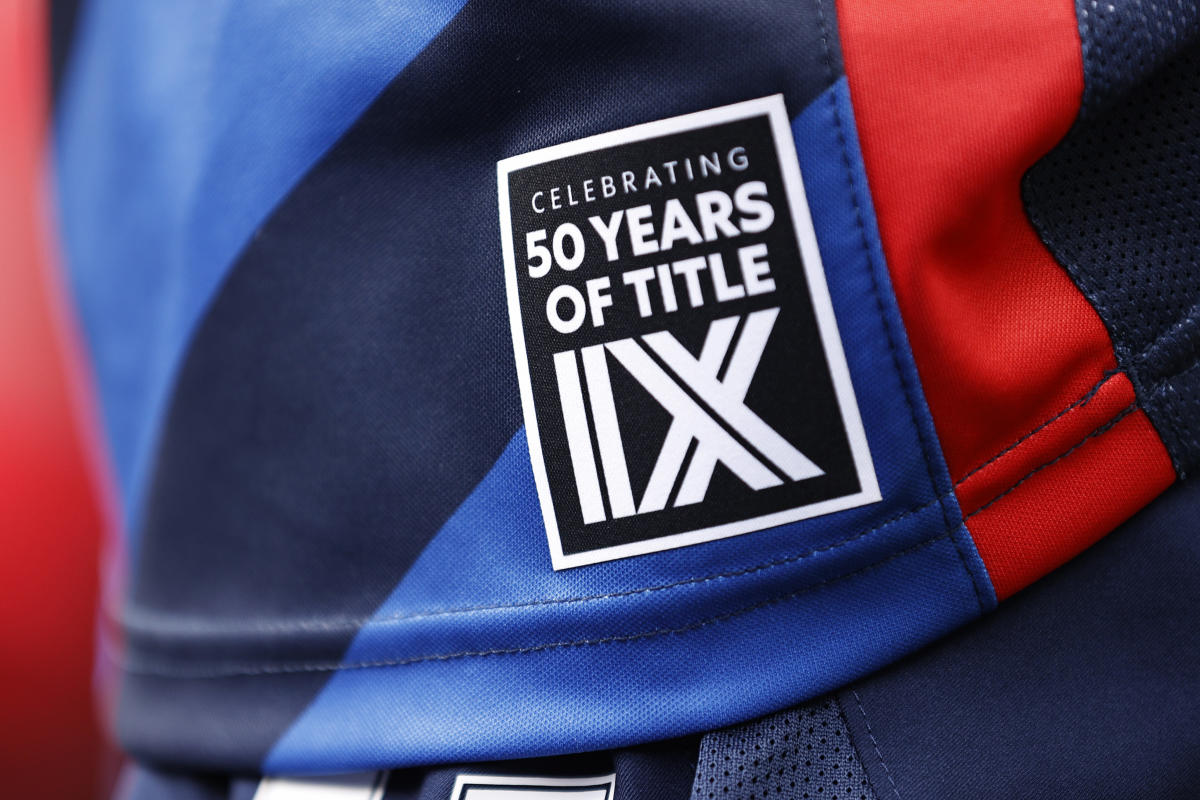 50 years ago, on Thursday, June 23, Title IX of the Education Amendments of 1972 was signed into law. This act changed the trajectory of women’s athletics and will continue to shape its future.

The 37 words of Title IX prohibit discrimination on the basis of sex in federally funded educational programs and activities. It took years after the law was passed for it to begin to catch on, but it eventually led to the rise of collegiate women’s sports programs and professional leagues. But while there has been great progress, there is also a long way to go.

This month, leagues, athletes and leaders honored the law’s 50th anniversary. Here’s more on Title IX, women’s sports to watch on Thursday, and how the sports world is celebrating the anniversary this weekend.

What to read about Title IX

WNBA teams and coaches began wearing “50 Years of Title IX” t-shirts in warmups and on the sidelines this week.

Athletes Unlimited AUX Softball players will also wear commemorative jerseys with the Roman numeral “IX” on the back for the Fantasy League Finals Series.

Ahead of Thursday’s UA doubleheader which will air on ESPNU, nine Little League players from the Pachappa Little League in Riverside, Calif., will throw the first pitch. UA will also welcome and recognize Southern California softball legends Sue Enquist (11-time national champion as a player and coach at UCLA) and Stacey Nuvemen-Deniz (three-time Olympic medalist with Team USA ). The games take place at San Diego State University, where Nuveman-Deniz currently serves as the head coach.

The Big Ten Conference hosts its first Women’s Leadership Summit, a first for the organization, in conjunction with the Title IX anniversary.

Big Ten Commissioner Kevin Warren said in a statement that the event will bring together “some of the most exceptional women in collegiate athletics and underscores the Big Ten Conference’s mission to elevate women’s sport.”

“This event is a celebration of Title IX’s 50th anniversary and a reflection of our unwavering commitment to providing transformational educational experiences and growth opportunities for our student-athletes.”

ESPN’s Sarah Spain will deliver a keynote address to more than 75 student-athletes, coaches and administrators from all 14 schools. Participants will have the opportunity to network, learn and meet mentors. Guest speakers will cover the history of the law as well as the pioneers of women’s athletics. Among them, Jackie Joyner-Kersee (four-time Olympian), Tierra Davidson (World Cup champion, Chicago Red Stars), Katrina Adams (former professional tennis player and CEO of the United States Tennis Association) and Jennifer King (coach assistant running backs, Washington commanders).