Favorite No. 3 Hoosier? Picking Indiana’s Favorite Basketball Players, One Number at a Time 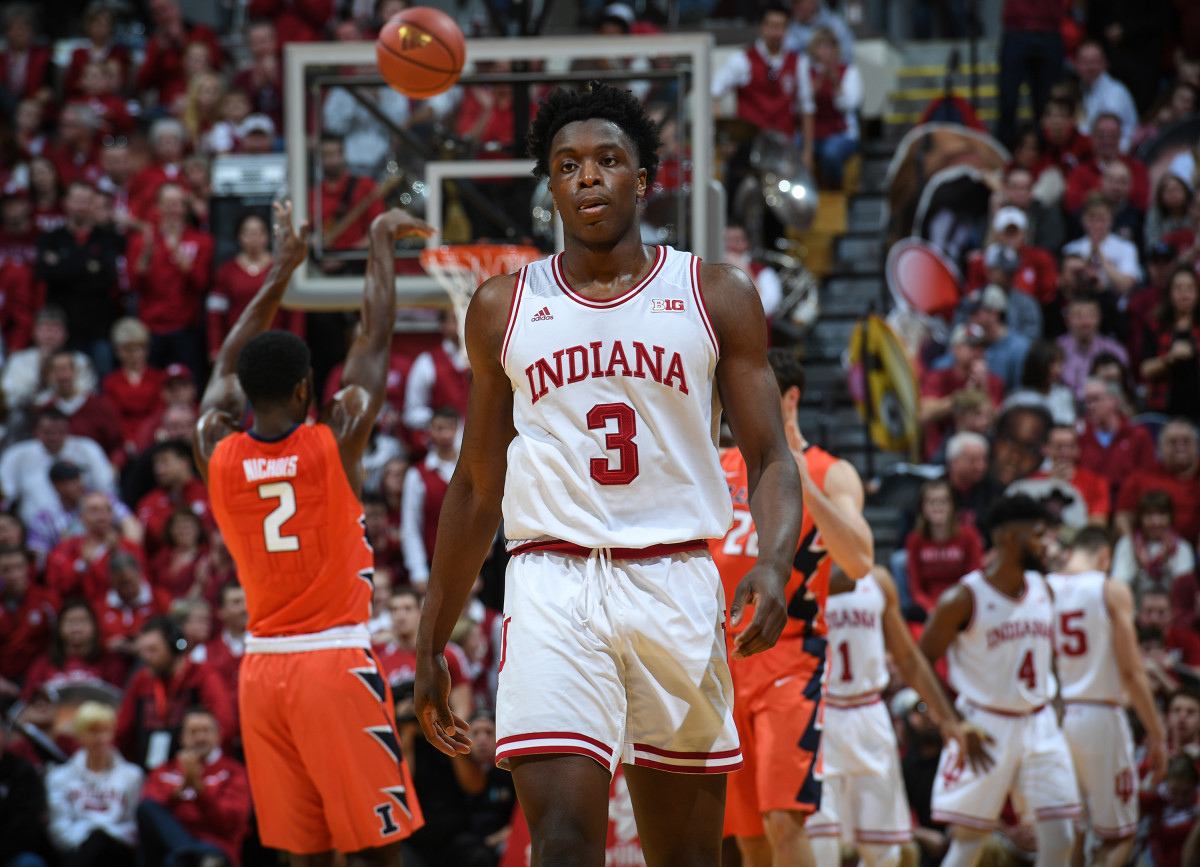 BLOOMINGTON, Ind. – Welcome to our summer series where Hoosier basketball fans can vote for their favorite Indiana players to wear each number. Today, we resume with all the best to wear number 3.

Each day we’re going to give you four picks along with a short player bio to choose your favorite Hoosier who wore a certain number.

Here are your four No. 3 jersey picks in alphabetical order so we don’t show bias. Be sure to take the poll below via Twitter.

(Editor’s note: We’ll be taking results for 48 hours on the poll, then sharing the results on this story the next day, so check back regularly to see the results.)

Hailing from Jefferson City, Missouri, OG Anunoby has been a fan favorite since high school when he won this title at an event. That hype quickly transferred to the cream and crimson as the striker played 34 games as a rookie and shot 80% or better from the field on numerous occasions.

In the Sweet 16 game against North Carolina later that season, Anunoby had two points, three rebounds and an assist. It would be former head coach Tom Crean’s last NCAA Tournament game at Indiana where the Tar Heels advanced after defeating Indiana 101-86.

Anunoby’s second season started well as he was named a preseason All-American. He made 10 starts in 16 games until suffering a season-ending knee injury.

After a recovery, Anunoby was selected as the 23rd overall pick in the 2017 NBA draft by the Toronto Raptors, where he played for five seasons.

Tom Coverdale of Noblesville, Ind. was named Indiana Mr. Basketball in 1998 and was part of Coach Bob Knight’s final season in 1999-2000. Along with Knight’s team, Coverdale and his fellow Hoosiers advanced to the NCAA First Round.

Upon the hiring of new head coach Mike Davis, the Hoosiers had to gain a foothold under unknown leadership, but still found themselves making the tournament.

Coverdale and company found the formula and were NCAA finalists in Maryland the following season.

Coverdale started in 98 of 115 games for the Hoosiers while making a career 41.5 percent from the field. He was known for sharing the sugar and had 500 career assists.

The next season would be a similar story. Creek played 18 games before re-injuring his knee, this time a stress fracture.

He sat out the following season with a ruptured Achilles heel before finally making a comeback in his junior season in a red shirt. Although he didn’t start, he played 24 games off the bench and saw his first NCAA tournament action against James Madison in the first round.

Although he only played a few seasons for the Hoosiers, Edwards made them count. He finished his first season as Big Ten Freshman of the Year and outdid himself the following year by averaging 20 points per game and being named an All-American after leading the Hoosiers to the 1989 Big Ten title.

The native of Marion, Ind. was selected by the Los Angeles Clippers in the second round as the 33rd overall pick in 1989, but only played in the NBA for four games.

The No. 3 jersey has other highlights as well. Here’s a shorter blurb on a few more Hoosiers to sport all three.

Hometown player Anthony Leal is finding his way with the Hoosiers and even made two starts last season. Even though he’s not a starter yet, you can see in the photo below that he’s providing immense support for his cream and crimson and putting in valuable game time.

Miami, Fla. native forward Charlie Miller scored 810 points for the Hoosiers and had 422 rebounds. Miller played in the NCAA Tournament all four seasons he was with the Hoosiers.

Now Miller is the founder and owner of ATTACK Basketball Academy, which helps develop youth in basketball and life. He is also the Chief Clinician for Breakthrough Basketball.

A Carmel guard, Daniel Moore played 31 games as a rookie and started 10 times. In his sophomore season, he had the team’s highest free throw percentage at 82.4%.

Fast forward to his junior season where he started all 32 games and led the team in minutes played with 971.

At the end of the season, Smith transferred to Arkansas where he found success as he was ranked the 22nd best graduate transfer in the nation by ESPN.

Here are all the players who have worn number 3 at Indiana:

You will be able to vote on Twitter for your favorite player with each number. Here is the link to today’s poll for issue #3.