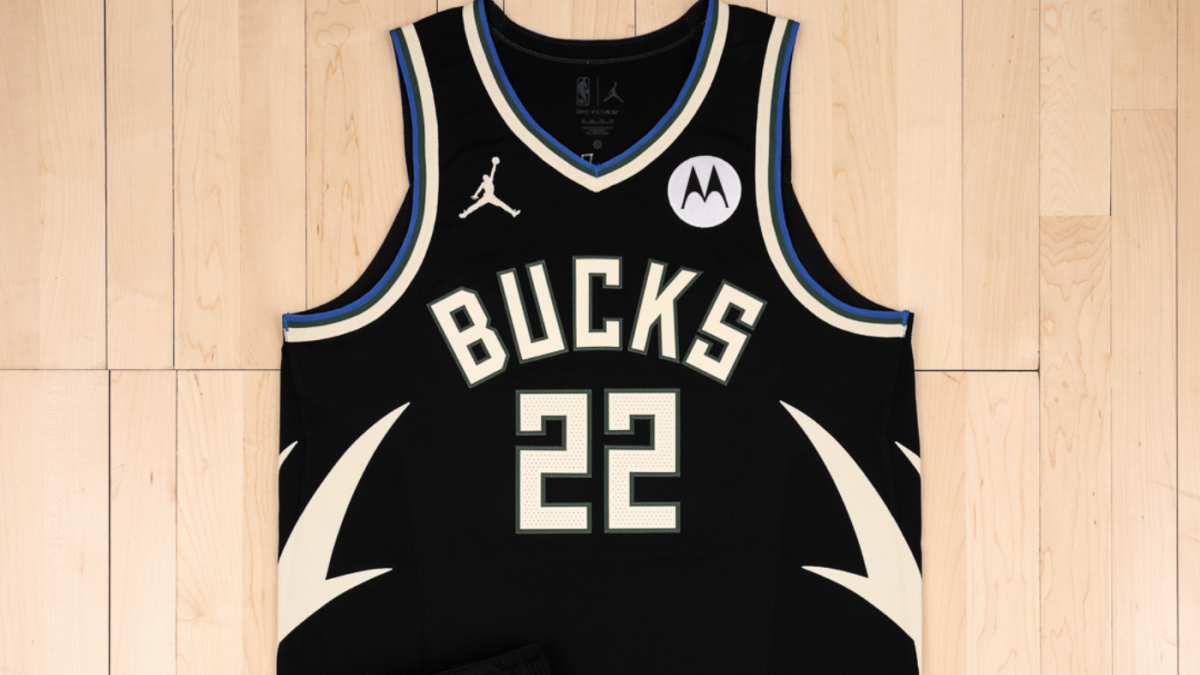 The Milwaukee Bucks are releasing a new set of “Statement Edition” alternate jerseys based on their Fear the Deer moniker. The jerseys are relatively similar to their typical uniforms. They have a black base color, but add a little sparkle in the form of deer antlers as side accents in their traditional cream color.

The rest of the uniform is fairly standard, with green outlines on the names and numbers and a blue outline on the jersey arms. Looked:

The “Fear the Deer” slogan is a relatively new addition to Bucks lore. He was popularized by ESPN’s John Anderson over a decade ago when the Bucks were built around Andrew Bogut, but he’s remained a staple of the team ever since. This is the third separate Fear the Deer uniform the Bucks have used. According to the slogans of the NBA, it is one of the best. Succinct, specific and fun to use and hear.

The Bucks aren’t changing their entire uniform set this season. Statement edition uniforms are substitutes. These uniforms will join their Association (white) and Icon (green) editions in the regular rotation. Like the other teams, the Bucks will have a City and Classic Edition uniform, but those will be unveiled at some point later this offseason.

Giannis Antetokounmpo was already very intimidating on his own. Now he will come on opposing defenders in deer antlers. It’s a fun twist on their typical uniform designs that should play well in Milwaukee this season.