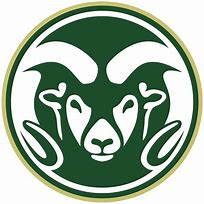 FORT COLLINS, Colorado – For the third season in a row, the Colorado State basketball programs and UCHealth are teaming up to honor and recognize cancer patients in northern Colorado. Players from both the men’s and women’s teams will wear jerseys with the name of one of the Cancer Warriors on the back instead of their own as part of the UCHealth Bigger Than Basketball initiative.

In college basketball, men’s programs participated in the Coaches Against Cancer program; women participate in the pink zone of the association of female basketball coaches. The women’s game will first take place at the Moby Arena as the Rams host UNLV on January 15 at 1 p.m. ET. The men will also host UNLV for their match on January 28 at 7 p.m. ET.

Last year the pandemic changed the course of events as the initial interaction was a Zoom call and no patient was able to attend the games. However, this year, many Cancer Warriors will have the opportunity to attend the respective match to which they are honored.

“This has been a very significant event for our basketball program,” said CSU men’s head coach Niko Medved. “This is something our guys are very proud to represent the Cancer Warriors on their jerseys because they know they are playing for something more than just themselves or CSU, while also having the opportunity to. learning what they’re dealing with. It’s a great way to support our community, and we’re thrilled to be able to do it again and to have the award winners in attendance, as it adds value for all. “

“The ‘Bigger Than Basketball’ game where CSU and UCHealth work together as a team is an incredible event that I am honored to be a part of,” said Kathleen Michie, Cancer Center Oncology Services Program Manager UCHealth. “It gives patients and their families something to look forward to during a time when good news can be scarce.

“Most patients, as well as myself, have tears of gratitude at some point – either when they are notified that they have been nominated, receive a letter from their player, see their name on a shirt, meet their player or receive the signed framed jersey. with their name on the back! Michie continued. “It’s truly amazing and unforgettable not only for our patients, but for their friends and families. I personally asked a family member to receive a handwritten letter from one of the players ahead of last year’s game, which my family and I cherish. My mother will be encouraging him from heaven this year.

Women’s head coach Ryun Williams knows the impact all too well, both on the players and the warriors. Especially this year by honoring two CSU staff, it takes on extra meaning for him and his team.

“It’s a game that has had extra meaning for all of us over the past two years,” said Williams. “It means more when you represent more than our university and this year it takes it to another level with the involvement of our CSU family. It’s more than just a game; it’s something that reminds us that while basketball is very important to all of us, the health and well-being of family, friends and our community is what matters most.