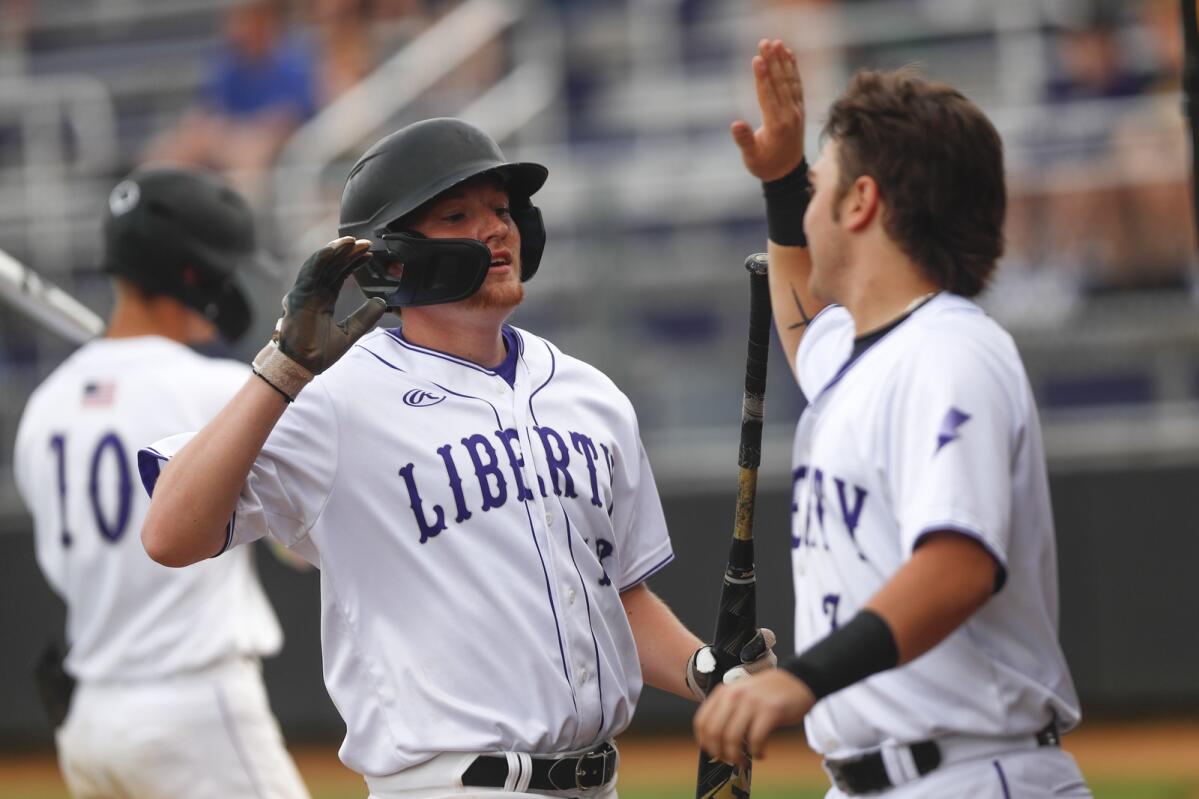 Plus a look at the games to watch this week

The Gazette takes a look at some of the area’s Iowa high school baseball results from last week and upcoming games of interest this week.

Iowa City Liberty and Clear Creek Amana wrapped up the annual Fight with Flash Foundation Crosstown Classic held Saturday at the Solon Rec and Nature Area. Both teams lit up the scoreboard in a stunning 21-15 win over the Clippers.

The ACC hit early for 10 runs late in the first inning, adding two more in the third and three in the final. Liberty scored in all but one set, going two in the first, six in the second and five in the third for a 13-12 lead midway through the game.

The Lightning have scored eight goals in their last three at bats, including four in the top of the seventh.

The two neighboring school districts combined for 30 shots — 19 from Liberty and 11 from CCA. They each hit four batters. The Clippers walked eight, while the Lightning scored five. CCA also hit five errors, giving him 28 batters to reach base. The Lightning benefited from two errors, allowing Liberty’s total 30 batters to get on base.

Of Liberty’s 19 hits, 15 were singles and four were doubles. The Lightning had six hitters with multiple hits, including Luke Meyers, who hit a game-high five. Four Liberty players have driven at least three RBIs with Mason Gardner hitting four. Gardner also had two braces.

Ben Swails, Jack Downes and Kaden Phan paced the Clippers with two hits apiece. Swails scored three times and drove in five runs to give him 31 RBIs this season. Swails also hit his fifth home run of the season.

Both teams donned special shirts, highlighting the green color that represents the cause. Prairie wore green jerseys with black numbers, while Western Dubuque wore black jerseys with green stripes and numbers. The jerseys had #youmatter on the back.

The Hawks, who were ranked eighth in the 4A class at the time, swept the No. 5 3A Bobcats, 8-4, 9-2. Maddux Frese went 2-for-4 with two RBIs to lead Prairie. Frese took the victory in the nightcap, scattering eight hits and striking out seven in 6 1/3 innings. Cal Sullivan had four hits, including two doubles and a home run, and four RBIs. Gage Martin took the win in the opener.

Tuesday: 2A n°8 Mi-Prairie (7-6) to Anamosa (8-5) –Both teams were ranked last week by the Iowa High School Baseball Coaches Association. The Golden Hawks are averaging 5.3 carries per game, while the Blue Raiders are scoring at 5.9 per game. Anamosa is third in the River Valley Conference North standings, while Mid-Prairie is third in RVC South.

Wednesday: 3A #5 Western Dubuque (16-3) at West Delaware (17-6) — The two teams have already combined for 33 wins this season. The Hawks have been on a blistering streak, winning seven straight games, including victories over the Anamosa and 3A ranked No. 8 Center Point-Urbana teams. Western Dubuque has won 11 of its last 13 with both losses at 4A No. 8 Cedar Rapids Prairie.

Thursday: 1A n°6 Lisbon (11-2) to 1A n°5 North Linn (16-1) – Two state tournament contenders. The Lions were quarter-finalists a year ago and fired everyone from that team. The Lynxes have been one of the best and most consistent early school programs every year. Lisbon are averaging 11.2 points per game and the Lynx are averaging 11.1. North Linn is giving up just two per game, while the Lions have allowed 3.5.

Friday: Cedar Rapids Kennedy (9-9) at Linn-Mar (11-9) — Both teams have overcome difficult starts and have won four of their last five games. Their production is very similar. Linn-Mar is scoring 6.5 points per game and allowing 4.6. Kennedy has 5.8 runs and gives up 4.9.